Posted on October 26, 2018 by dharmeshkalyan

First morning in cruise! Today we were docking at Zeebrugge, Belgium, our excursion was departing at 9:15am.
Was up since 6am unable to sleep in, decided to go out for a walk to see the sunrise. On to level 14, the cold crisp morning welcomed me on the deck, with a great dawn view!
Could see mainland in the distance, still a fair bit of time before we would dock! 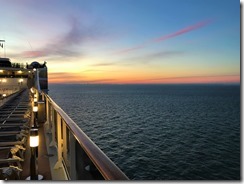 Back in the room, time to wake up Neha & Pooja, they were still very sleepy. Managed to get them out of their comfortable beds, time for them to get ready.

Off to breakfast at Sahara Buffet. The place was big, lots of variety but also a LOT of people, it was very crowded. Finding a table was a challenge, finally managed to get one, told Pooja to sit there whilst we got our meals. The food spread was nice and adequate, am glad they also did omelettes, my go to station for the next 6 mornings! Pooja liked the Pancakes and chocolate pastries!!

Breakfast done, back to our cabin to collect our bags and stuff for the excursion, then it was to the Theatre to be guided in the right buses.
At the Theatre, Doc & Balia were already there. Minutes passed and still no sign of Vik, called him, he said he was running late and would catchup with us. We got out tickets and followed our guide out of the ship. 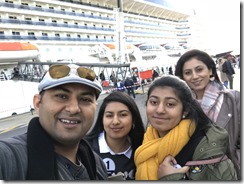 Down the ramp to the waiting buses, which there were a few off. Getting on the bus told the guide we were waiting on one more family. It was then we noticed Vik & family coming down the ramp, however they were guided to another bus, tried to change but it was not to be!

The drive to Brussels was long, took us over 1.5 hours to reach the outskirts of the city. First stop was the Atomium, a steel sculpture representing … you guessed it, an atom! This was a 10 minute stop, chance to take a few pics. 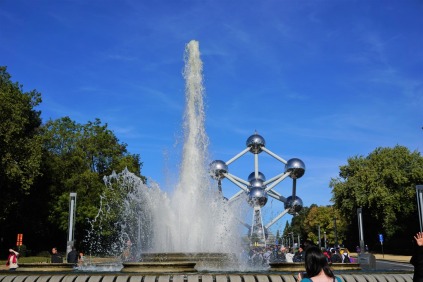 Back on the bus, touring us around the city…. heading towards the inner city where we would finally have a few hours to roam about. 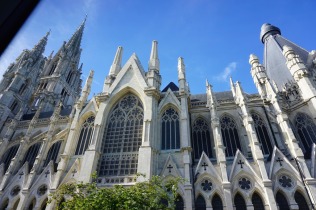 Off the bus, the guide led us around the city to the Manneken Pis – apparently a very famous sight! 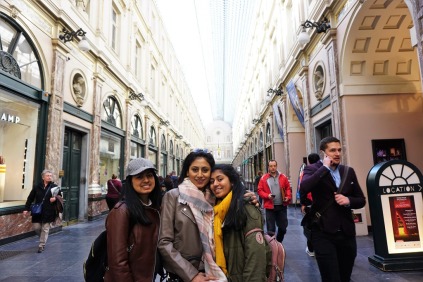 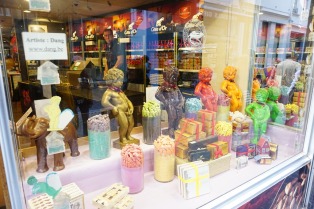 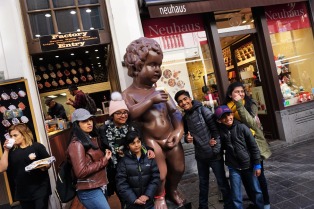 Finally made it to the Manneken Pis, it was a SMALL status of a little boy pissing!! From here the guide left us on our own, we had 3 hours to roam about. First it was time for some Belgium Waffles! 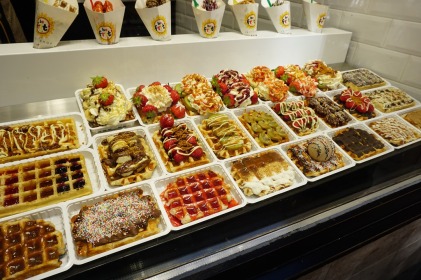 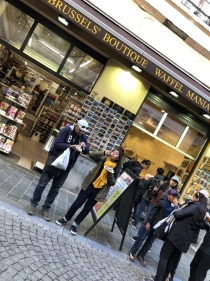 The freshly made waffles, with ice cream and melted Belgium chocolate was simply amazing! Now to walk back to the central square and look for a place for lunch! On the way to the Market square, ran into Vik’s group, they were on the way to the pissing man!

We made it to the market square, a bit more roaming about to find a good spot for lunch. 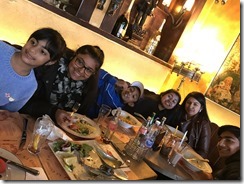 Settled on a Belgium Bistro, ordered a variety of dishes, Pasta, Salmon, Calamari, all very good!

Lunch done, now back at the market square, we had half n hour to buy some Belgium chocolates and then it was heading back to the Bus. Long ride back to the cruise ship, most of us took a bit of a nap.

Got back to the cruise ship, and right behind us was Vik & family, all decided to meet at L’Edera just after 6pm, all dressed up for the semi-formal night!
Food at L’Edera was again a flop! Was not enjoying food in this alacarte restaurant!!

Dinner done, with not the best food but lots of drinks – the liquid diet was fun for the guys!

Headed to Tiger bar, apparently it was Horror night, the crew were dressed up in Halloween style attire!

There were a few photographers around to capture these moments, made the most of that, time for portraits.. 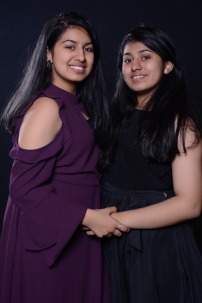 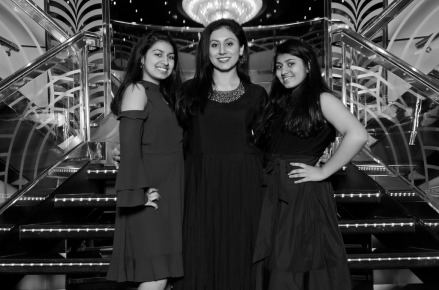 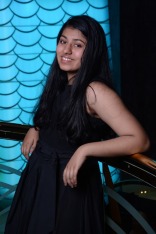 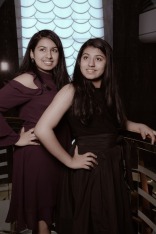 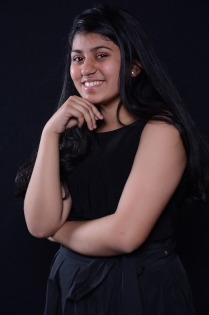 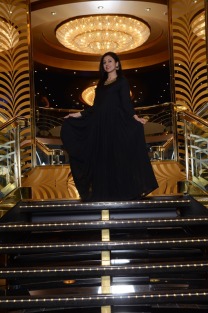 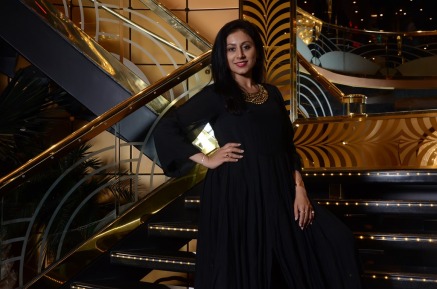 Of course there had to be a boys pic…

All done with photos! Now to head to another bar and try out at acting “Gallan goodiyaan” song. It was more of a comedy that followed, we had absolutely no planning or script, and as for music, we could hardly hear the song from the mobile phone speakers. Neha did her best to make us clowns look good in her vlogs! Sorry but no mater how much editing you did, the acting could not be improved!
Few more drinks followed taking us close to midnight. It was time to call it a night, tomorrow was Amsterdam!

Have always loved travelling and will continue to pursue this love. Favourite Travel quotes: “Traveling – it leaves you speechless, then turns you into a storyteller.” – Ibn Battuta “The world is a book, and those who do not travel read only one page.” – Saint Augustine
View all posts by dharmeshkalyan →
This entry was posted in Cruise, North Europe. Bookmark the permalink.