Posted on October 14, 2018 by dharmeshkalyan

A free morning for all families till late afternoon, when we were all going to see the Lion King show at 7pm, till then everyone was free to roam about.

Our plan was to head to Selfridges on Oxford St, Nita & Neha wanted to do that, whilst I had to take Pooja to the K-pop store again (Seoul Bakery), unfortunately yesterday she lost her newly purchased BTS keychain and all her joy had turned sour, she had been in tears all afternoon

With the free morning today, I wanted to take some early morning pics around Westminster, especially the London Eye &  Palace of Westminster. Me and Nita headed out early whilst the kids were still sleeping (chance for them to catchup on some much needed sleep, lots of walking and early starts had them tired), just one station from Green Park and we were in Westminster just before 7 am– so LOVE the London tube system.
A cloudy day, so no morning sun rays

, nevertheless, a good day, and a chance for some pics. 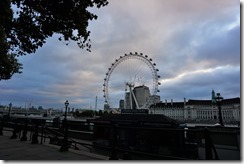 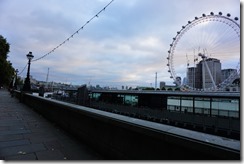 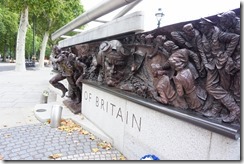 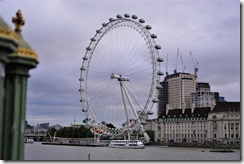 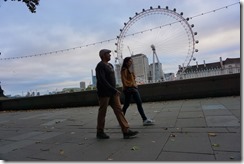 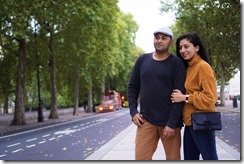 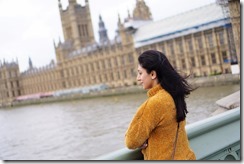 Back at the hotel, kids were still asleep, time to wake up all!! Quick breaky and we were out on the streets just before 11am. Neha & Pooja were not complaining today, they had a good sleepin! First stop – Selfridges on Oxford St, only a 14 minute walk from the hotel. 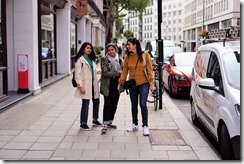 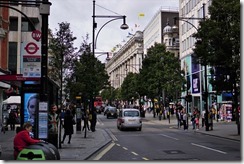 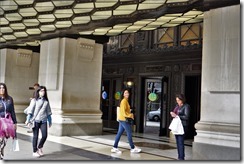 At Oxford St, we split up, Pooja and I headed to Seoul Bakery (K-pop) to get a replacement key chain that she had lost yesterday, Nita and Neha browsed about on Oxford St, slowly making their way to Selfridges.
A visit to K-pop store is not complete with just one purchase, she had to get a few more goodies! All done, made her promise that was her last K-pop shopping in London! Am glad she agreed to it!

, finally we were there, caught up with Nita & Neha. Was so surprised by the size of this place, it was another Harrods! The food hall was a must with the yummy cakes/pastries, good stop for Pooja. 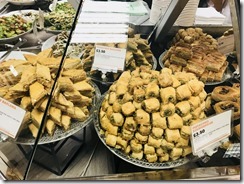 The sweet treats was just a small piece of the food hall! There was a gourmet area for fresh meats, seafood & cheeses, a Caviar & Champagne Bar, Raman bar, and it continued. It was wow! Now to roam about the place, Pooja and I spent a lot of time at the Electronics department, just browsing through all the cool tech. 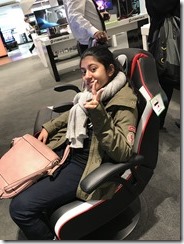 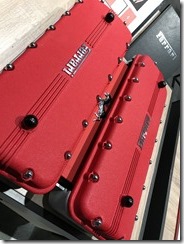 Caught up with Vikash & family at Selfridges for lunch, turned out the food court (different to the food hall), was not as enticing as Harrods, both decided to head to Harrods and try their famous fish n chips! Off to Harrods in the famous London black Taxi’s. I had not realised how spacy these Taxi’s were!! 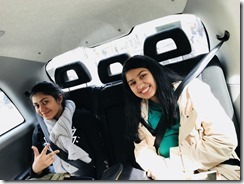 The Harrods food hall was busy, for Fish n Chips, it was close to impossible to get the 8 seated together, decided to sit 4 & 4 as that was quicker, got seated in around 20 minutes. Time to order some Fish n Chips! 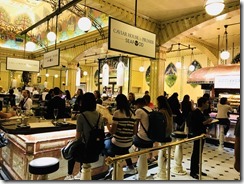 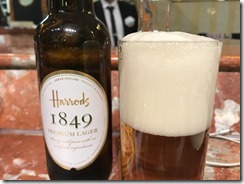 We ordered the Fish n Chips and Neha’s favourite – Calamari with baby octopus. To round it off, I got the Harrod 1849 Lager! Food was excellent, Beer was good but not something I am longing for. Good lunch session, a bit more roaming about and then it was back to the hotel, to rest up and get ready for the Lion King show.

Around 6pm we all left the hotel for the Lion King show @ Lyceum Theatre, down to the tube to get off at Covent Garden.
Covent Garden itself is such a gem of a place, very different to other places, cobble stone streets, small shops markets style – it just had a different feel to it. 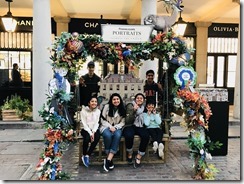 Approaching Lyceum Theatre, we could see the big Lion King signage and the large crowds gathered at the entry. Got our prepaid tickets, herded the group of 12 through the gates to the Royal Circle. Wow, this was a nice theatre, good decor and large!! We had good seats, getting a centre view of the stage. 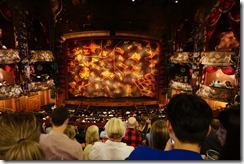 Only issue with the place was it was warm!! This problem was present at a lot of places in London, with the weather being COLD outside, it was abnormally warm indoors at most places, rather than just slightly warm. It is a bit crazy, you get all rugged up to go outside and as soon as you go indoors you need to rip all your layers off!!! A first world problem

Show started on time @ 7:30, the play, cast, scenes props & sight n sound were amazing, however it felt a bit long, especially for the ones who did not follow Lion King too much. Still me, Neha and Pooja had a great time!

Next we all headed to Dishoom Indian restaurant at Covent Gardens, a very famous Indian streetfood style chain of restaurants. Got there around 9.50pm, and the place was packed! Table for 12 was hard, however they were able to arrange one table of 8 and one of 4. It was almost 10pm, we were not arguing, Doc & Vikash went on the 8 table (downstairs), we were on the table of 4 upstairs!

The wait staff provided some recommendations, we decided to go with, the famous butter chicken, paneer tikka masala,  Dishoom’s famous black dhal, Okra fries and the standard naan and rice.
Dishes arrived very quickly which was great, everyone was starving! Taste wise, the okra fries were brilliant, as were the naan, the curries I was not so sure of and the super famous black dhal was a bit of a let down! Was I impressed by the food – not really, was expecting something amazing however it was not to be, maybe it was eating at Bombay Bustle that set my expectations too high ???

Our dinner was done, Vik & Doc were still going, we decided to head back to the hotel, checked google maps and it was only a 15 minute walk, time to stroll back, good chance for kids to see London at night. Walked thru Leicester Square & Piccadilly Circus, it was good walk showing some a different view of London at night. 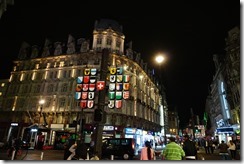 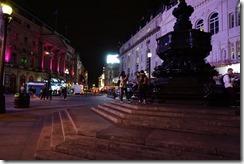 It had been a good day, tomorrow was viewing of the change of guards and then off to Harry Potter Studio Tour.

Have always loved travelling and will continue to pursue this love. Favourite Travel quotes: “Traveling – it leaves you speechless, then turns you into a storyteller.” – Ibn Battuta “The world is a book, and those who do not travel read only one page.” – Saint Augustine
View all posts by dharmeshkalyan →
This entry was posted in London, United Kingdom. Bookmark the permalink.