Posted on January 27, 2020 by dharmeshkalyan

Today we were headed to my grandparents home town – Navsari. Had booked the train ride through the IRCTC site – I recommend this site for all independent travellers like me who enjoy organising things themselves, this is a great site for organising train travel.

Our train was scheduled for midday departure, allowing enough time for Nita to make a quick pit stop at a Hair saloon for a wash and blow dry – something I do not need anymore ;).

Checked out of Novotel and then headed to JW Marriott for Nita’s hair appointment. There we ran into the Meghji family and Nitin & Rekha Gandhi – all here for the wedding. 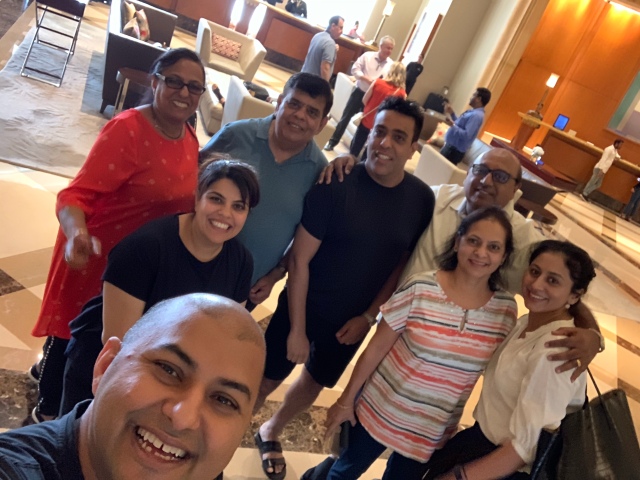 Next stop was the Looks Hairsaloon in the same hotel. Nita’s hair appt finished close to 11, jumped into our OLA and then off to Bandra Terminus to catch our train, the Paschim Express.

Ride to station was loooong, lots of traffic :(. Finally made it around 11:40, hired a coolie (people who transport your luggage to your train carriage) for 400INR, he took us to our seats and helped us storing the luggage.

We were in an AC Sleeper class, lots of space and very comfortable. Love the trains here !! Still had around 10 mins, time for a some chai from the stalls – nice!! 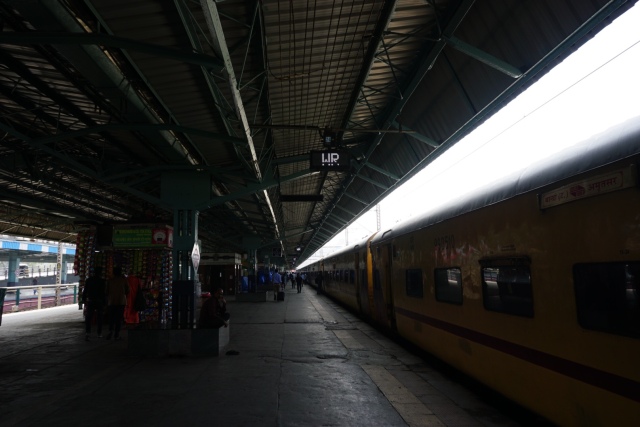 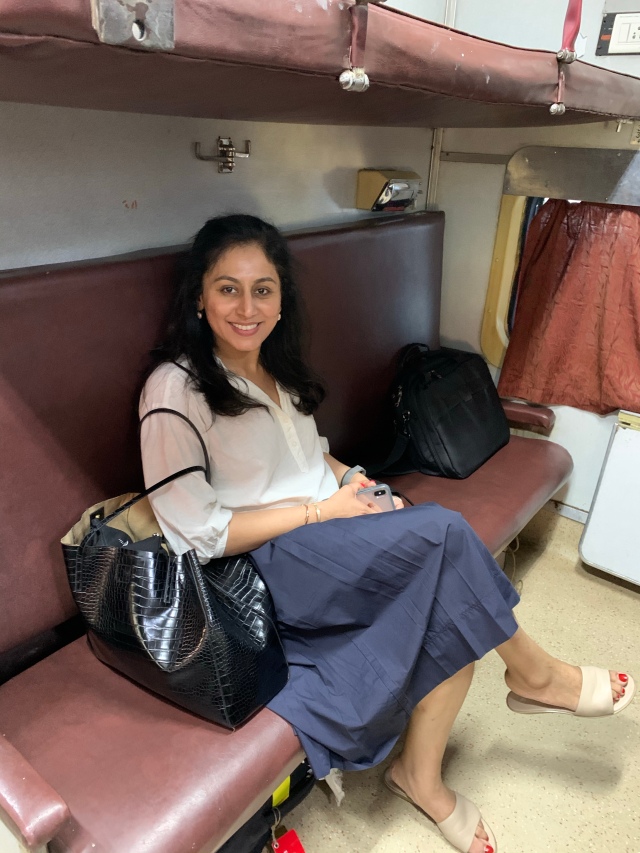 Train departed on the dot at 12 midday. Journey was very smooth, and by 3:30 we were in Navsari – this was sooo much easier than a private car ride from Mumbai which takes around 5-6 hours in a confined area.

Back in Navsari after 2 years!! The platform had been upgraded – much better than our last experience.

Got a Rickshaw, loaded the luggage in it – this was impressive how such a small vehicle could squeeze in two suitcases and 2 passengers! It was then off to Juna Thana. The place was still the same, dusty, crowded and cows/bulls roaming the streets.

Reached home, was so good to see mum and dad there! They were the reason we were in town! Unfortunately both were not too well, always a problem with Navsari/India, eat or drink something wrong and the toilet becomes your best friend😬.

A much needed afternoon tea break then it was a quick freshen up and out on the streets – today was the festival of kites – Makar Sankranti. Whilst it was mainly kite flying, the entire neighbourhood had music being played loudly, everyone in a joyous mood. First stop Pushpa kaki’s place – turning the corner to their place, and we run into Doc and Tina!! Lol we were coming to see them!! A few stories exchanged, then it was time to head out to Jayesh and Priya’s place. From a distance was able to see them all on the rooftop, needed a few loud yells to catch his attention to let us in.

Good to catchup there with all, Dilip kaka and Bharti kaki were also there. 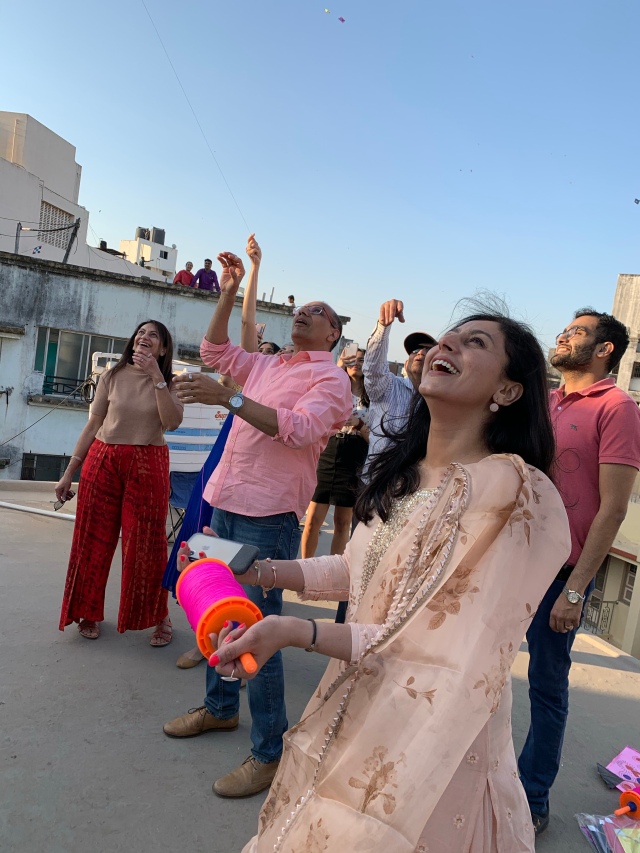 Lots of laughs and fun flying a few kites!! 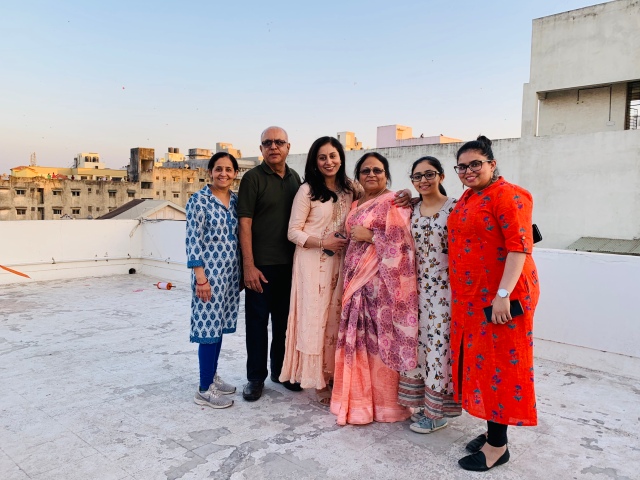 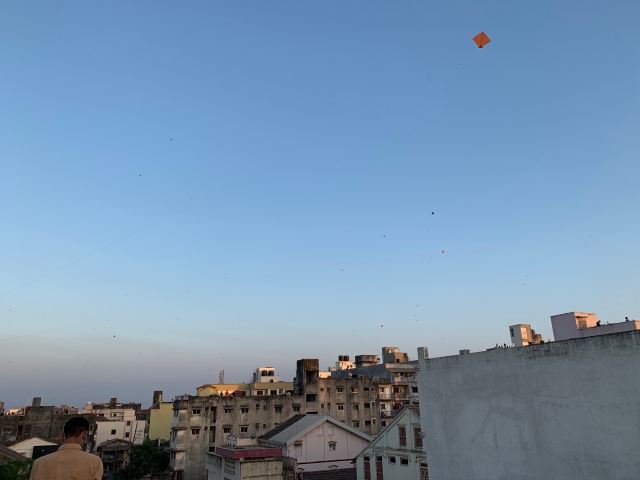 Quick hi hellos’ done, now back to Doc’s place, reached there and due to a power outage we had to work up 8 floors to reach the rooftop terrace! But was definitely worth it, lots of people to meet there, Kishore and Hansu fua, Vinod kaka & Ramesh kaka. Now for some kite flying with Doc…. 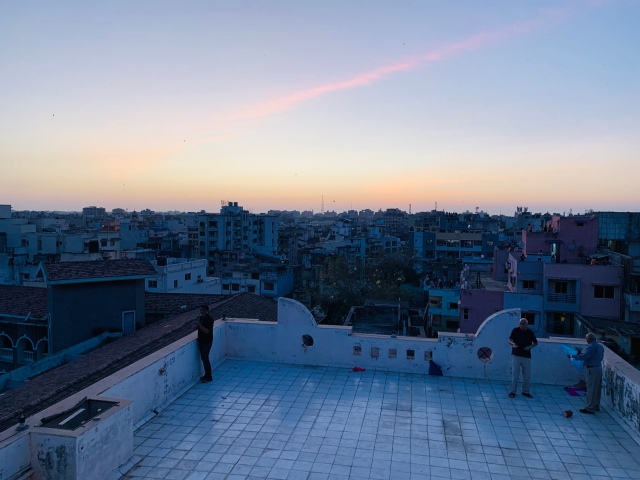 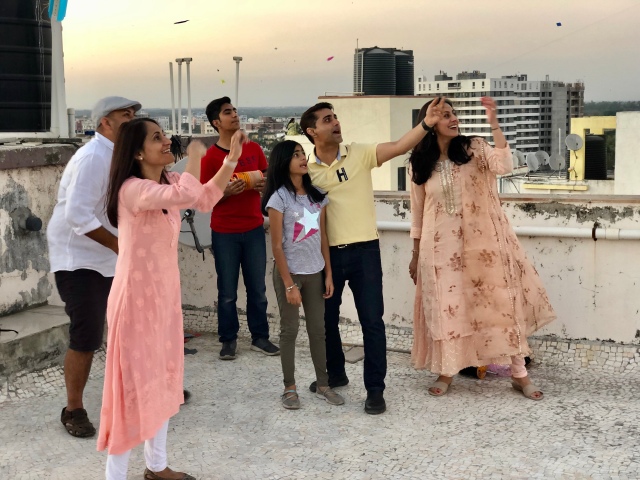 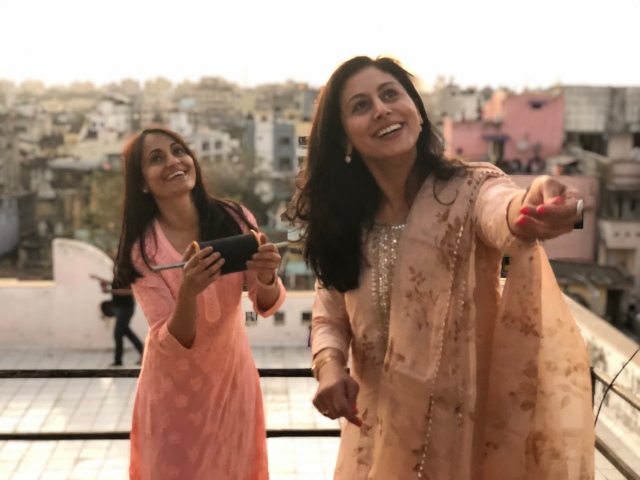 Navsari Sunset done, invited Doc and family to Dad’s place for some drinks before we all headed of to Sheetal.

It was drinks in the dark due to the Power outage…. 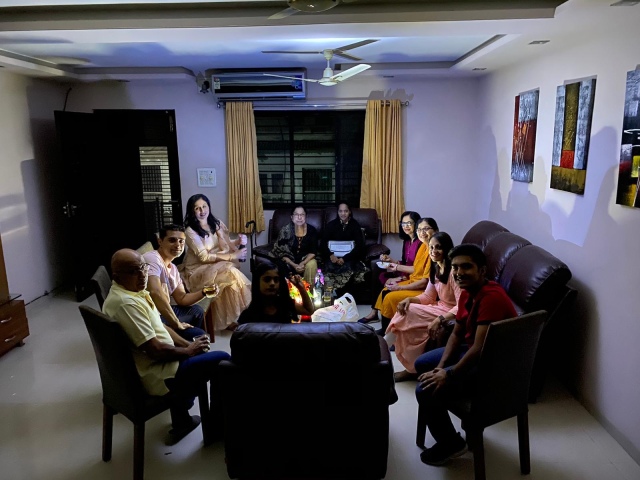 Just before 8 we all headed out to Sheetal, down to the main road to find a few Rickshaws. A get-together has been organised at Sheetal with Jayesh / Priya family, Hiren/Seema, Doc & family, Mum and Dad, Dilip kaka, Bharti kaki, Nita’s mum and Dad. Hiren was left in charge of ordering – he knew what to get and we were being treated to some amazing food!! Complimenting these entrees was Docs premixed Limca!! 😬! To top it off, we celebrated Prashil’s birthday – Hiren was able to organise a last minute large Ice Cream slice which served as a birthday cake!!

Dinner done, but the fun was only just starting. Decided to meet up at Jayesh’s place for after dinner drinks. First to get mum and Dad home, change to something more comfortable and Nita needed a shawl – the place was getting Cold at night!!

Walked over to Docs place, he did not know the way, we 4 then headed to Jayesh’s place. Hiren & Seema were already there. Now it was time for Gin and Sprite. The drinks, chatter and laughter continued till just after 2:30 am, around the time we decide to call it a night .

Walk back was creepy, we were walking the quite streets of Navsari around 2:30am and all Tina could think of was booth being there 👻😱.

Was surprised we all made it to our places safely even with all the talk around booths 👻.

It had been a great day and Night!!

Have always loved travelling and will continue to pursue this love. Favourite Travel quotes: “Traveling – it leaves you speechless, then turns you into a storyteller.” – Ibn Battuta “The world is a book, and those who do not travel read only one page.” – Saint Augustine
View all posts by dharmeshkalyan →
This entry was posted in Uncategorized. Bookmark the permalink.