Posted on November 11, 2018 by dharmeshkalyan

Early morning start, meeting everyone for disembarkment at 9am. It was a cold morning, around 4 degrees, forecast max of 14 degrees!

All out of the ship by 9:15am, touring Hamburg ourselves, first to find Taxi’s to get to the miniature world which was not too far from our ship and on the way to the city centre. The ship had issued an advisory to allow extra time to return back as there were some protests that may delay transport, ok will factor that in, time to get the taxi’s.
A lot of Taxi’s outside, language a bit of a challenge but nothing too difficult with a few pointers from google maps!

Arriving at Miniature world, the tickets to the morning entries were all gone, we decided to book the 3:30pm slot for the afternoon, that would give us enough time to see Hamburg city centre. 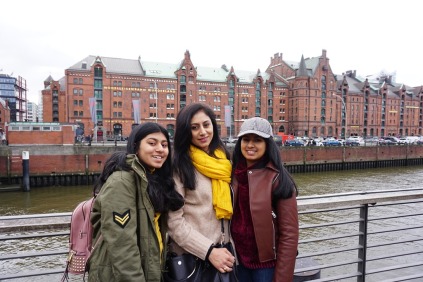 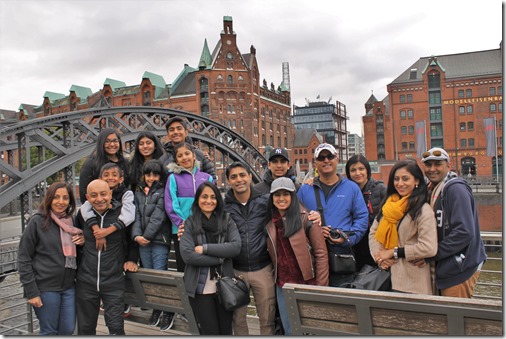 The City centre was a 15 minute walk from where we were, herded the troops and off we went in the direction that Google maps took us!. Walking is soo much easier when the weather is cold, it was a very pleasant stroll passing some good sights. Along the way, spotted a Starbucks and kids were “STOP!!! We need Starbucks”. Good pit-stop for all. Whilst there we asked the Indian cashier for some good Indian restaurants recommendations, we so needed some good indian food! He recommended Dostana, not too far from the City centre –that was noted! 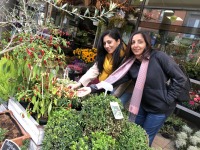 Walking continued, we ended in a very nice street with super nice ($$) stores good for window shopping only! 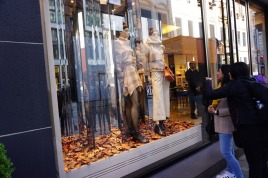 Ladies found a kitchen store, where some did buy some German pots, Nita was interested in the knifes, not sure if the ship would allow that, decided to leave that for now. Walking further, we reached the central city centre (I think), overlooking the Alster Fountains. A beautiful lake or what looked like a lake atleast. Weather was clearing up nicely, lots of people around enjoying the cold sunny day. 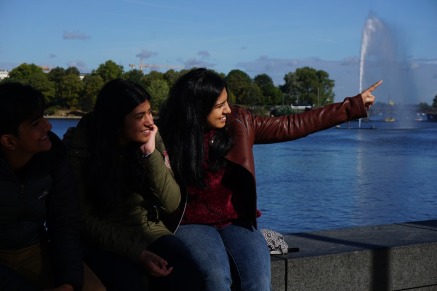 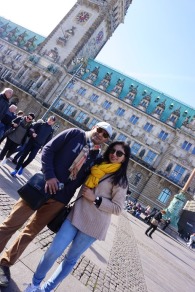 We were in the Square opposite the Townhall, the crowd was getting heavy by the minute, it was some protests that were attracting a lot of people. No point us hanging around there, trying to make our way of there and Balia gets stopped by TV crew to ask him about the sign he was holding!!!! 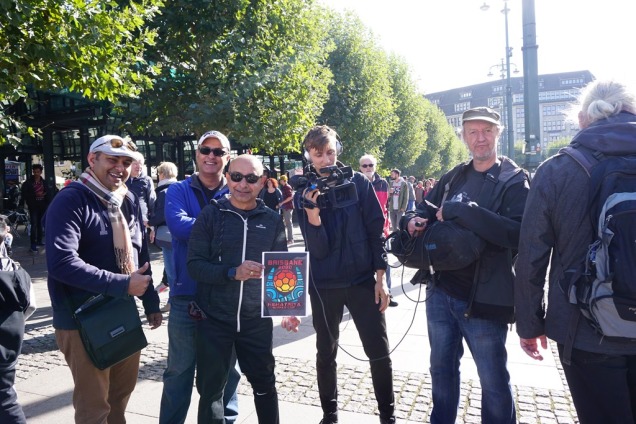 Time for some shopping, ladies had identified a large centre close by, all decided to waste an hour there. Pooja located a Pandora store which just happened to have a 20% discount on almost everything…..time to collect more charms. Shopping all done, and kids had got some McDonalds in them, time for us all to make our way to Dostana indian restaurant. Walk to the restaurant was not more than 15 minutes, some more nice streets we passed. 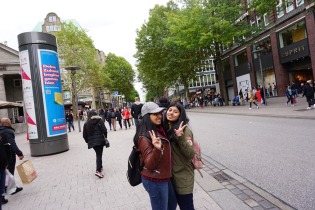 Got to Dostana Indian, the place smelled good, finally some spice in the air! We were seated upstairs, am glad they were able to accommodate the 16 of us. Time to order some food, and we ordered a lot of varieties. We have had better indian but it must have been all that BLAND food we had been getting on board that we loved this change!! Tummies filled, time to hit the road, next stop was the Miniature world, for that we need Taxi’s and it seemed like a challenge here! The restaurant guy assisted and said he had ordered us 4 cabs, and we were to wait on the next corner. Did that for 10-15 minutes and no one came, made our way towards the main street and soon after Doc got lucky with one Cab. I started hailing cabs that were going past, but almost all were full

. Balia suggested we all walk to the train station where more taxi’s would be available. Just as we started walking, I made a last effort to hail another Taxi and got lucky! Yelled to Vik and Balia to meet up at Miniature world and we were off.

Arriving at miniature world, no sign of Doc, waited for a bit outside hoping Balia and Vik would turn up soon, not to be, turns out they were still struggling to find a Taxi, no one wanted to come this way due to the protests!! I rang Doc, he was already in the theme park, however his review was really bad, the miniature world was not that great. Calling Vik again to tell him of the bad review, Vik and Balia by then had decided to head direct to the Ship and miss this, they did not want to risk missing the ship incase of the protest blocking roads further. We decided to do the same and headed to the ship. Taxi was just around the corner, hopped in and headed for the ship. After only 5 minutes or less of drive time, we were in pretty much a standstill traffic jam. Another 15 minutes of very slow movement until we reached the road block from where the protesters had taken over the entire street. The driver indicated to me that it would be easier for me to walk THRU the roadblock and get to the ship, according to Google it was a fair walk – about 40 minutes, but he was like, only short walk!!! I was trying to explain to him to take a detour and go the long way, weird the guy just refused and asked us to walk.

Well time to walk through the protest. The good part, it was not a violent protest, more like a street party, with a LOT of people, it was slow moving, making sure we held each others hands as not to separate away too far. Passing through a lot of load music, people drinking and dancing in the streets, yelling on microphones, all a bit intimidating for Neha and Pooja, and for us as well. Stayed to on side and kept on walking.
Must have been around 1.5 km, until the protests finished and we could see cars and Taxi’s again. Grabbed the next Taxi and to the ship we headed. Drive from there was still a further 10 minutes! It was just after 5:30pm we made it onboard the ship, wow one crazy day.

All met up at Deck 13, in the pool area, time for some drinks and to relieve the crazy afternoon session we all have had. For dinner, we remained at the pool area and simply brought a few trays of finger foods from the buffet matched with a never ending supply of cocktails and beer. It was a good JUNK food night. No need to have an early night, tomorrow was a day at sea, we could all sleep in. Stayed there for a few more hours before we called it a night.

Have always loved travelling and will continue to pursue this love. Favourite Travel quotes: “Traveling – it leaves you speechless, then turns you into a storyteller.” – Ibn Battuta “The world is a book, and those who do not travel read only one page.” – Saint Augustine
View all posts by dharmeshkalyan →
This entry was posted in Cruise, Germany, Hamburg, North Europe. Bookmark the permalink.