Posted on October 20, 2018 by dharmeshkalyan

Early start today for the guys, we had to pickup our orphaned clothes in the dryer at the Laundromat!! Three of us got there at 7am, were glad to see our clothes still there, phew!!
On the way back,  stopped over for morning Espresso at the cafe opposite our hotel. Saw some guys having espresso at the bar, decided to do that! Nice espresso and very reasonable, only 1.10 euro each! 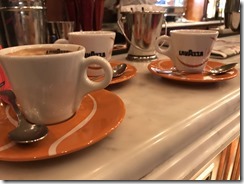 All downed this quickly, time for another round, this time we decided to take a seat, the same espresso was now 2.20 euro each?? Asking the guy why, turns out, if you stand and drink at the bar, it is cheaper, the additional cost to cover table costs – something new to learn. Decided to seat outside Parisian style, facing out! Espresso and cold weather – perfect combination!! 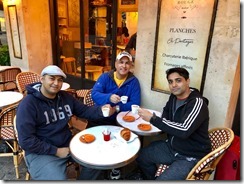 Back at the hotel, time to get the kids ready and down for breakfast.
The plan today was to walk to the Latin Quarter (across the Seine river), and make our way to Notre Dame. From there it was a free day for everyone to do whatever.

Breakfast done, we all hit the road, first stop the Pont Neuf bridge.

Over the bridge, lots of narrow streets and alleyways to Latin Quarter…. 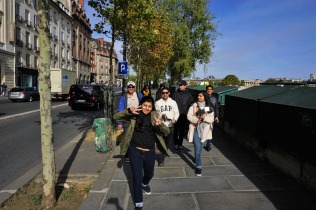 A bit more walking, it seemed we were in the Latin Quarter, nothing to different it, all the Parisian streets were soo picturesque, more walking and came across a Starbucks – breaktime….. kids for some reason really love Starbucks!!!

A bit of shopping on the way, Doc ducked into Levis, whilst Neha & Nita headed for Promod. Also good chance for kids to take a break from continuous walking!

Break done, time to herd the group  forward towards Notre Dame. And was this a magnificent cathedral.

Being a weekend the queue to get inside was super long, even though it was moving fast, I decided to skip it – Pooja had been complaining today on how tired she was and I did not want to be going inside when it was soo packed, was taking a rain check on this one, will do it post the cruise!

We parted with the others and headed to the Hotel – only a 10 min walk from here. At the hotel, got Pooja/Neha some McDonalds, Pooja was more than happy to stay at the hotel for the afternoon – she was done with walking today !!!

Small break for us, then me, Nita & Neha headed out again. First stop – Jardin du Palais Royal, place where a scene from MI6 was recorded, with Tom Cruise walking through the gardens, we wanted to see that park! Quick UBER there…and it was time for lot of pics.. 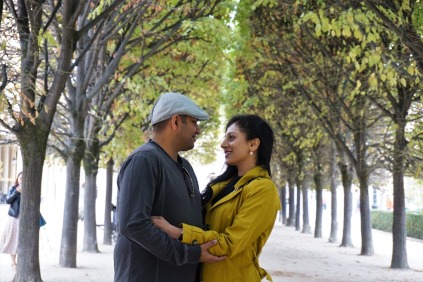 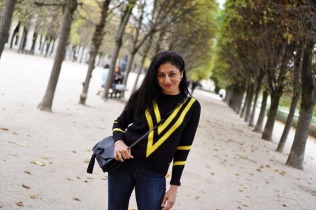 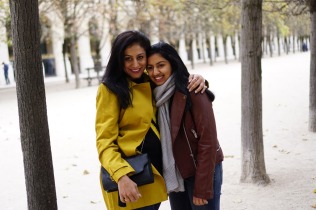 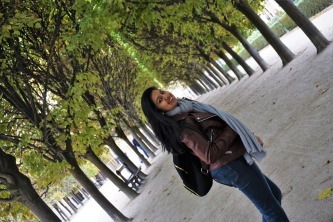 Weather was not holding up too well, it was grizzling, took cover and headed out to Champs Elysees, Vik had recommended the Abercrombie & Fitch store, not for the shopping but more the entry and its setup!

Found the Abercrombie & Fitch store with the help of Google maps, it actually did not look like a shop from the outside, big gates with nicely manicured hedges surrounding a curved path….. more looked like a resort entry! 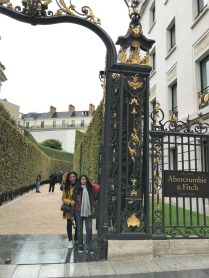 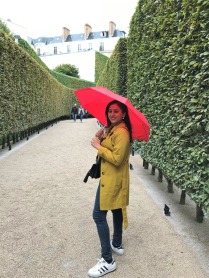 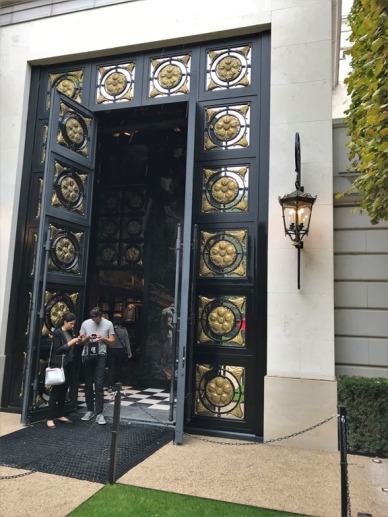 The place is amazing and well setup, browsed around in the store a bit. Time to head out, Doc had recommended the Four Seasons Hotel high tea, we wanted to try that, messaged everyone that we were heading there so they could join us if in the area. Next stop Four Seasons, was a 10 minute walk! Walking in Paris is so so recommended, you get to see some amazing architecture, buildings and streets, every direction is something to admire!

The Four Seasons Hotel is just another big 5 star from the outside, however step inside and wow! Browsed around and of course visited their toilets – outstanding facilities

!. Got to the High tea area and inquired about it at the counter, unfortunately it was not meant to be, place was fully booked

. They did suggest the bar/lounge area near by, where we could have coffees/tea if we like. Took that offer and were seated in the last remaining bar chairs! Informed the gang through whatsapp, no chance of high tea today

. Ordered an espresso, Nita got herself a Tea and Neha got the hot chocolate. 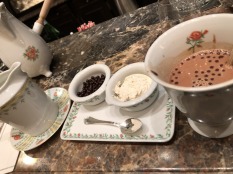 Wow, what a hot chocolate, was like drinking melted chocolate …. yummm! Tea break done, now to head out to Champs Elysees again.
Passed the Louis Vuitton store, big queue of people wanting to get in, kept on walking, no need to queue up here

To our left was the Arc de Triomphe, I asked Nita if she was game to climb the 200+ steps to get to the top, she was a big YES, whilst Neha was a big NO, unfortunately Neha had no choice but to follow us!!
Got to the other side of Champs Elysees to take the subway to the Arc entry. Getting to the top requires purchasing a ticket, line to which was not too bad and was moving rapidly. Tickets purchased, up the stairs to the security checks and then it was onto the spiral stairways leading up…. 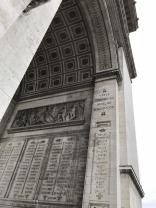 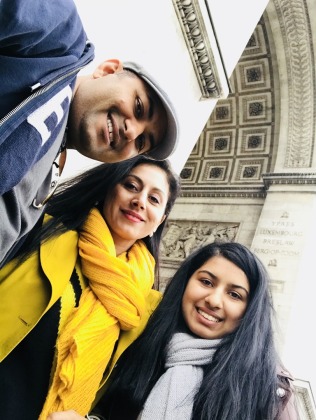 The climb was not too bad, we kept urging each other to keep going and before we knew it, we were at the top for the most amazing views of Paris and Eiffel! 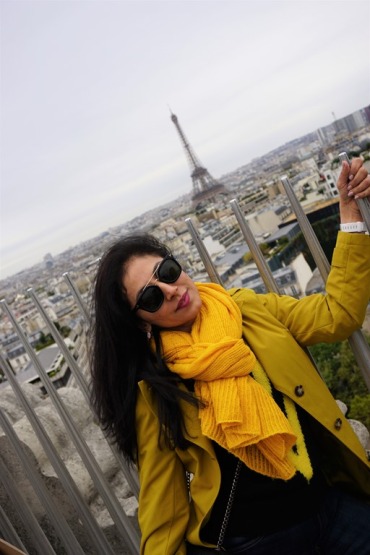 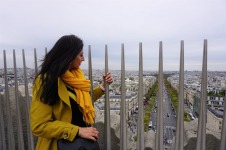 We were blessed with good weather, after about 30 minutes on top, it started grizzling again, time to head down. Walked around the Arc and then it was back to Champs Elysees.

Bit of ladies window shopping to be done, than it was back to the hotel. Thought Pooja would be worried where we had been, nothing of that sort!! It was “ohh you back so early…” !!! It was after 8pm!! It was time for dinner, decided on Hippopotamus – a steak house that apparently had amazing burgers and ribs – Vik visited this place earlier that night and was telling me how I would love their pork ribs and Mojito!

I ordered the Mojito & Pork ribs, Nita and Neha settled on Chicken Burger and Pooja was happy with the roast chicken. The Ribs and the sauce were – OMG!! If you like pork ribs, you have to try this. Chicken burgers I am told were also great!

(Porks ribs – before and after!)

Called it a night, tomorrow Nita and I planned on going to Eiffel at sunrise for some morning pics, Neha & Pooja needed their beauty sleep