We had a free day today, the outfits for Mahotsav were to be picked up later in the afternoon post 6pm, going through the points of interest in Ahmedabad, decided on visiting a step well! First was the routine of getting the kids up and down to breakfast.
The breakfast spread at the Lemon Tree Hotel was not at the level of the Jaipur Fortune hotel, but not too far behind. Lots of vege options. Pooja was happy they had pancakes!

All done and out of the hotel, got an OLA cab to the step well, it was a looong drive, over 1 hour. The place was a bit secluded and was really not sure how we would get a ride back, asked the OLA cab driver to wait around for the return, turns out there is a simple process of entering in a new destination in the OLA app before the current journey is marked as finished, did that and then had him booked and waiting for us whilst we visited the step well.

Not much from the outside, but as we walked in, the intricate carvings and structures were revealed. Lots of photo opportunities… 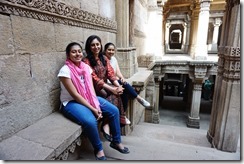 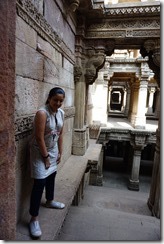 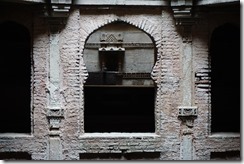 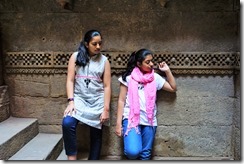 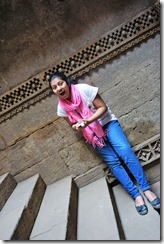 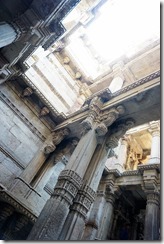 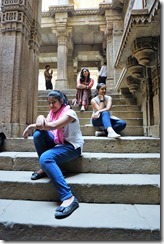 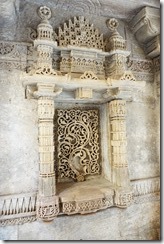 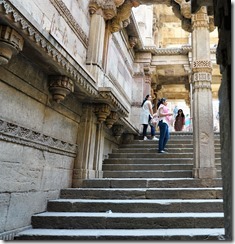 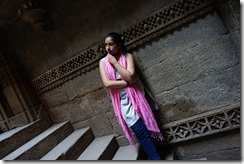 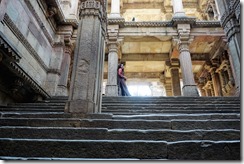 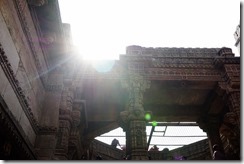 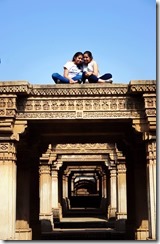 Step well was good, but the girls were more enjoying the photo opportunities !!

Getting out to the streets, a group of homeless kids were begging on the streets. Pooja was touched by it, we decided to not give them money but to buy them some food & drinks. It was Coconut water and packets of chips from the local stalls there. A very small gesture but felt real good.

This was more a awakening for Neha and Pooja, I wanted them to realise how good they had it!

Back in the OLA cab, asked him to drop us off at the largest mall in Ahmedabad – the Ahmedabad one. 30 minutes and we were there, time for lunch, Kids opted for Burger King! Me and Nita went for the Desi Fusion varieties. Food was soo soo, infact the Burger King burgers were a major let down, had to take it back as the meat was very chewy!!

Next Nita got the girls booked in a hair saloon for a wash & blowdry. A bit more roaming about and then it was time to head back to the hotel. We still had over 3 hours to kill before the pickup of the outfits from Law Garden markets, Pooja wanted to chill out in the hotel. I really was looking for a good Coffee/Tea place – was missing the Mumbai chai’s. On to Zomato searching for coffee/tea places near by, the Hyatt Regency Chai Shop looked good and was a mere 5-10 minutes away by auto. Just after 4:30, we (Nita, Neha and me, Pooja stayed in the hotel) headed to the Hyatt Chai Shop. The place looked amazing , with lots of cakes, macaroons and ofcourse a large variety of Chai’s. We ordered three varieties and some cakes. The cakes were delicious, cooks are soo good at baking here! Whilst the cakes were super, the same could not be said about the Chai’s, they were ok at the best

. Still it was a good place to relax and have a nice break.
As we were leaving the place, we noticed a Chinese restaurant on the upper level, nothing was planned for the evening, why not have a look here. Took the lift up and were amazed at the place, open kitchen, great vibe, and the menu was very tempting. Asked the manager for a reservation for the evening, got lucky, evening dinner sorted! Now to head to the Law Garden markets. 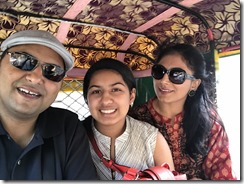 Arrived at the Law Garden markets and for a few minutes we were a bit lost – which stall vendor had we ordered the outfits from ?????? Finally located the stall, the outfits were there, quick count of it and a random check – all good, payment made in full. Next was the Jewellery stop, picked up that and time to head back to the hotel. It is was an effort to load all these big bags in an auto with the three of us, somehow we managed. Getting to the hotel, called the agent who was going to ship these items to Australia, told us he was on his way. (Had called him earlier today and asked him about this, he was happy to help when we mentioned Asov Palov recommended him). The shipping agent arrived soon after at the hotel along with his staff, a couple of folded cartons and a scale! They packed the outfits & Jewellery, sealed the boxes and weighed them both. All sorted and paid, and asked him to defer the shipping by a week to allow us time to get back to Oz.
Parcels done, now to freshen up and head to the Hyatt Regency China House Restaurant. 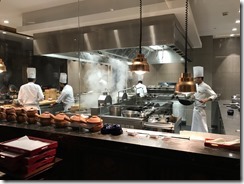 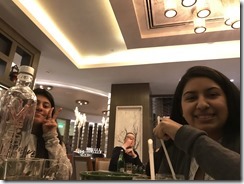 Ordered a variety of Dim Sums, Prawns, Kung Pao, Fried Rice and Noodles. For drinks I was looking for the beer section – took me a while to realise why it was not there!! This is Gujarat the DRY STATE!! Arrgghh here I was wanting to start drinking after a 10 day ban and still no luck

. Had to settle for a Mocktail, which was super – Neha and Nita also then ordered the same!
Food here was the best we have ever had for the Chinese cuisine – simply mouth watering and soooo fresh!!!

It was a good finish to our stay in Ahmedabad, tomorrow morning we were off to our home town of Navsari via the morning train @ 6.30am, yikes a very early start !!

Have always loved travelling and will continue to pursue this love. Favourite Travel quotes: “Traveling – it leaves you speechless, then turns you into a storyteller.” – Ibn Battuta “The world is a book, and those who do not travel read only one page.” – Saint Augustine
View all posts by dharmeshkalyan →
This entry was posted in Ahmedabad, India. Bookmark the permalink.