Last full day in LA today, not much planned other than a visit to Boyd St, a tour of Downtown LA and then the Science Museum.

Pushpa kaki (Nickesh’s mum) had told Nita and Meeta about Boyd st, apparently the place had a great little store that sold very good kitchen pots/pan/utensils and everything kitchen at amazing prices. Both the ladies wanted to go there!

We left the apartment just before 11am (slow start today), drive to Boyd st was only about 15 minutes!
First impression, what is this place, the place was old and not clean, loads of boxes/packaging lying on the street side, stores were more like mini warehouses. We found a street parking around the corner, walking to the Boyd St Kitchen store, we passed loads of stores selling soccer gear! This place was like a wholesale market, with each street specialising in a particular department. Reached Boyd st, and yes, it was stores selling Kitchenware and did they have everything from Pots to big outdoor stoves (like the mandal style stoves) to every other kitchen stuff. Nita and Meeta were like, OMG, this is soo good, we should get this, look at that and on and on!
Left them to sort out their shopping, me, Vik and kids headed to a shoe shop next to the kitchen place. Kids shoes were unbelievably cheap, picked up a pair each for all the little girls – more luggage!

Ladies needed around an hour to complete their shopping, in the end they had collected a fair bit of stuff, me and Vik could not get over how much they had put aside. We did not have that much space in our luggage!

(kitchenware shopping by the ladies)

The guy at the store was very helpful and upon our request packed it all in two boxes ready for check-in at the airport.

Loaded the boxes in the VAN, headed off to Downtown LA. Drove around a few key blocks. No one wanted to get off, just a drive by was good. LA downtown was not so great, not much at all when compared to San Francisco.
Then headed off to Figueroa St, location of the Staples Centre. The place was massive, it also had some good eateries, time for lunch.

For lunch we decided on SMASH BURGERS, it turned out to be a great choice. The place had amazing burgers and the sweet potato fries were sooo good!

Walked around the place post lunch. Had not realised the Staples Centre is the venue for the Grammy Awards! 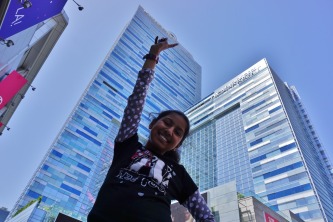 Back to our VAN, next stop was the California Science Centre, this was something my work colleague Amy had highly recommended, especially to view the Space Shuttle Endeavour.

Parking in the carpark, the first sight was wow, a massive US Airforce Spy Plane the A-12. 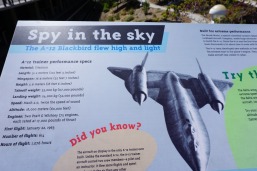 Stepping inside, there were some great exhibits, started off with the space exploration area. 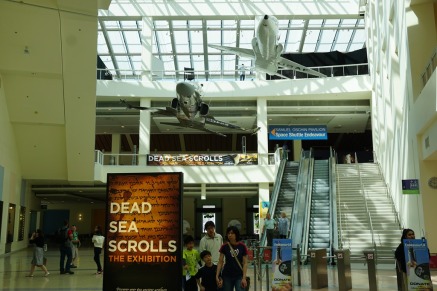 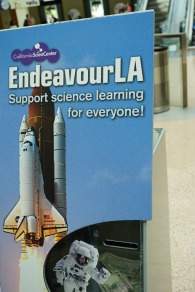 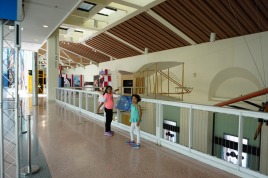 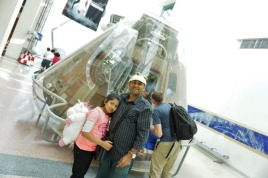 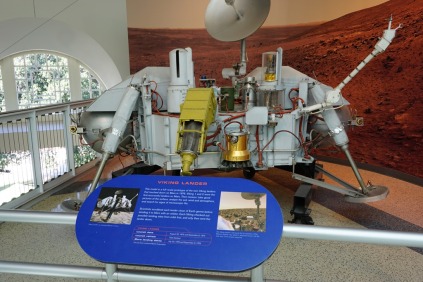 whose rocket can fly first 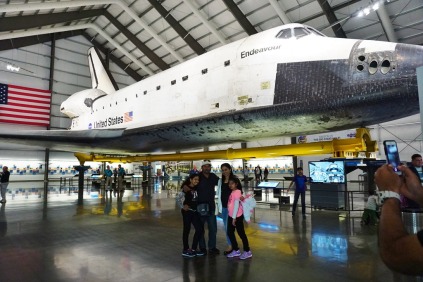 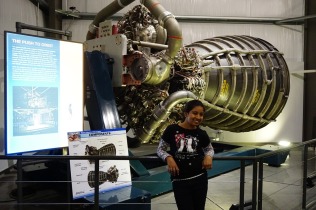 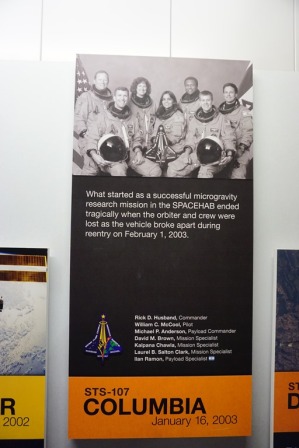 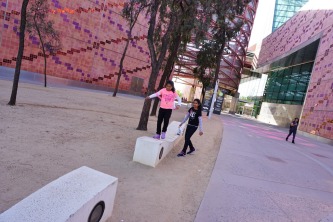 This place had too many cool exhibits, and lots of things you could play, kids were having a ball with it all. The earthquake exhibit was very good, Neha enjoyed that heaps and was able to relate to her recent assignment on how the buildings are now designed to handle earthquakes! The place even had an interactive model showing what happens to the ground during an earthquake, some very cool stuff.
The Space Shuttle Endeavour exhibit was the highlight, we were amazed at the size of it. We spent close over an hour at the Endeavour exhibit! Was very cool learning about how the shuttle worked, how the two disasters occurred. Also had not realised, but it is only the FRONT NOSE section up to the cockpit where Astronauts liveable area is during the mission. The rest of the entire Shuttle is CARGO zone! Pooja wanted to try Astronaut ICE CREAM, essentially dry ice cream not requiring any freezing, this is the same product used by Astronauts. We tried that, not bad! 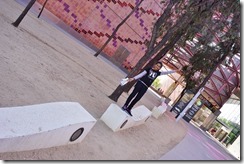 Time to head back to the apartment. Kids had a great time here, none of us were expecting this place to be so good!

Heading back, first stop was the large Supermarket on Sunset Blvd. Had to buy Hershey’s and Twinkles for family back home! Supermarket visit was another 45 minutes, it was interesting exploring the aisles, package sizes were much bigger and prices much cheaper! Shopping done – more luggage, now to dine and head back.

On Sunset Blvd, came across a busy Thai restaurant, well we had tried lots of other cuisines but not American Thai, why not! Luckily there were no wait times and we were quickly seated. Unfortunately food was average and nothing to rave about.

Managed to get to the apartment before 9pm! No one was going out tonight, kids were ushered to sleep, whilst the 4 of us got busy with the packing! This was very time consuming. Lucky Meeta had her portable scale, ensured all bags were limited to 23Kg or less.

It was a long night, by the end of it, we were all sorted and ready for tomorrow.

Have always loved travelling and will continue to pursue this love. Favourite Travel quotes: “Traveling – it leaves you speechless, then turns you into a storyteller.” – Ibn Battuta “The world is a book, and those who do not travel read only one page.” – Saint Augustine
View all posts by dharmeshkalyan →
This entry was posted in Los Angeles, USA. Bookmark the permalink.