Posted on October 4, 2013 by dharmeshkalyan

Today for breakfast we decided to try the iST cafe in Istiklal St (we had our first Taksim lunch here). Breakfast was good, but not to the buffet style variety of Titanic. Still they have the best milkshakes!
Plan today was to visit the Princess Islands, the ferry departs from Kabatas, so it was a short subway ride from Taksim. Reached the ferry piers around 11:30am, got on board the 12 pm ferry. Being Sunday, the ferry was packed with locals and tourists. Locals love their weekends and they love to travel. 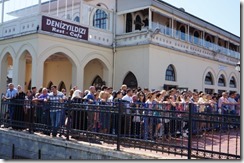 (In the ferry, first stop Kadikoy (asian side) – the mass of people waiting to get onboard!!)

It was close to 1.5 hours before we reached the largest island in the group – “BUYUKSEHIR”. The islands are not that far from Istanbul, coastline is always visible during the 1.5 hours of sailing, not once did the coastline showed signs of open lands, the place is jam packed with apartments, and high rises for 100’s of miles…. it does house over 25 million!

Got off at Buyuksehir island.. 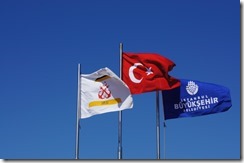 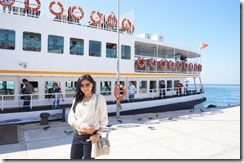 This is one busy island with lots of people, we did after all come on the busiest day – Sunday!! It did add to the atmosphere. 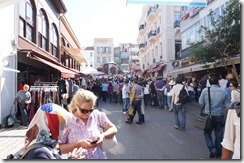 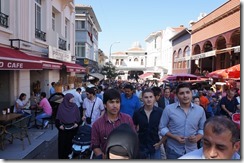 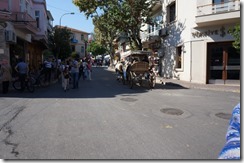 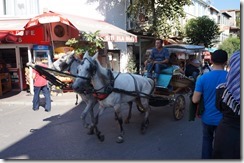 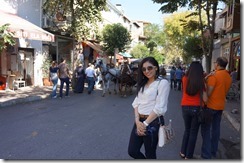 For lunch, the only option on the island seemed to be Turkish or Turkish, we found some Waffle shops putting together some amazing fruit, ice cream combinations and that seemed like what we needed for lunch … 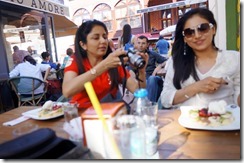 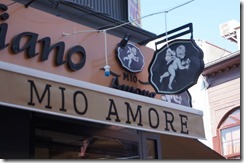 Some more roaming about on the island, then there was not much else to see, well not much to keep us 4 interested. Decided to take the express 4pm ferry back to Kabatas. 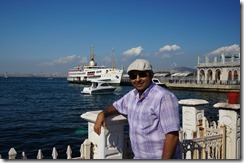 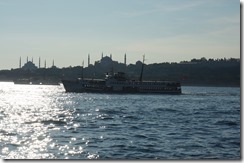 (Tired – on the way back to Taksim in subway from Kabatas)

Out of the Subway, decided to head directly to Musafir Indian restaurant, ladies needed some good food. The waffles just did not cut it.

Following a good dinner, headed back to the hotel for a quick freshen up then out and about to explore the night Istiklal Street. 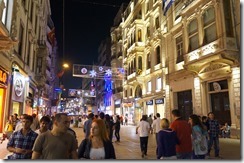 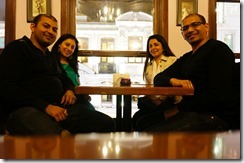 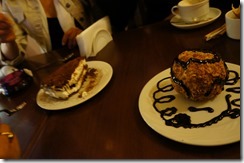 It had been a long night, and around midnight, we headed back to the hotel. Near our hotel, we passed a group of Indian boys, who we had seen previously at Musafir restaurant. In typical Indian style, they started rubbing their chest and singing “Tu pyar hai kise aur ka, tujhe cha ha ta koi aur hain”, the ladies were cracking up laughing and all me and Jayesh could think of was typical “BARUCH”. Ladies were why did you not sing back with a counter song……. what da!!!!

Great way to finish off the last night in Istanbul

Have always loved travelling and will continue to pursue this love. Favourite Travel quotes: “Traveling – it leaves you speechless, then turns you into a storyteller.” – Ibn Battuta “The world is a book, and those who do not travel read only one page.” – Saint Augustine
View all posts by dharmeshkalyan →
This entry was posted in Istanbul, Turkey. Bookmark the permalink.