Day 0.5 – Flight from Brisbane to Dubai

Posted on December 10, 2017 by dharmeshkalyan

Had been looking forward to this holiday for close to an year now! Was finally here.
Friday 8th Dec, finished off work early and was home around 2:30pm.
Now it was mad rush to finalise all packings, these holidays I could not get myself pre-organised with travel packing and left everything to the last day.
Pooja was super happy to see me, her face could not hide her excitement, few weeks back she was on a whinging daily plan of complaining, how the holidays were too far and may never come, and now it was d-day! She already had 3 weeks off in Fiji for Diwali and apparently that was not enough!
Veer was at our place and seeing all the bags, he was getting excited along with the girls about the travels. All packed and luggage in the car by 6pm, then off to mums place for Dinner. Mum made Neha’s fav  – Gosht curry!

Quick dinner, then mum & dad along with Veer drove us to the airport. Arrived at the airport and Pooja had already nodded off, the excitement of travel had sleep deprived her that morning – she was up since 5:30am. Neha and Pooja had a long farewell session with their dadi & Veer, and kept telling their dadi – “ see you soon in Navsari”, this time we would be spending a week with Mum and Dad in Jan at Dad’s hometown in Navsari, Gujarat.

It was about 7:30pm when we got into the Terminal, located the Emirates checkin area and into the queue for a further 20 mins of waiting. Checkin all done, got good seats, 4 in the middle towards the front of the aircraft and away from the toilets!

Immigration was a breeze and in the departure area awaiting for our boarding. The upgraded BNE departure area is very nice, found a nice area to hang around whilst Neha and Pooja were attempting to record their dance sequence – yes in the airport!! The dance sequence was to be part of Neha’s vlogs. 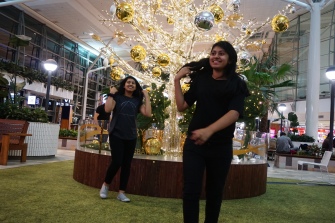 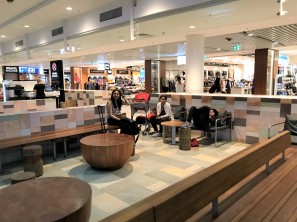 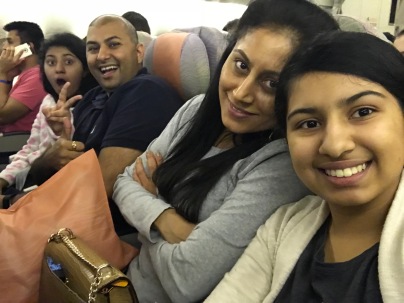 Finally on the plane, lets the holidays begin

Finally boarded, it was a Boeing 777 – this was home for the next 14.5 hours! Me and Nita were in the middle with the kids on the flanks!
Soon after takeoff, Dinner was served, quality of the meal & service was definitely better than what I have had previously on Qantas and Virgin. Was amazing for me and Nita to see both the girls eating flight meals without whinging, this was never the case before!! The girls had grown! Travelling with older kids was so much easier, we could tell the difference from the last couple of trips :).
2 hours into the flight, Pooja was nodding off, what better way to do that other than lift the armrest and put her feet on my lap. Now she is no longer a small kid, still my baby, but not a small one. Next 4 hours, I was Pooja’s leg rest and could not move :(.
Nita and Neha were both in their sleeps, I continued watching my shows and dosed off in between.

Breakfast was served a couple of hours before landing, time to freshen up. Landed at the Dubai airport, now the long walk to the immigration and baggage claim.

Yay, we in Dubai

I want to be first…

long walks in the terminal 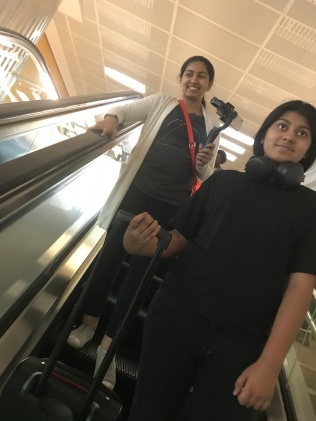 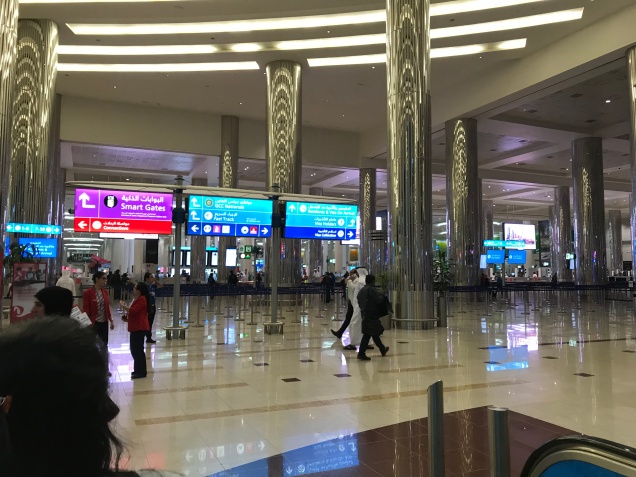 Immigration was easy, got our bags and straight for the Taxi to the hotel.

NEW! Neha has started vlogging and will be creating short clips summarising our travels, will try and insert links to her videos at the end of each of my post, hope you like it. You can easily identify these by the following icon:

Have always loved travelling and will continue to pursue this love. Favourite Travel quotes: “Traveling – it leaves you speechless, then turns you into a storyteller.” – Ibn Battuta “The world is a book, and those who do not travel read only one page.” – Saint Augustine
View all posts by dharmeshkalyan →
This entry was posted in Dubai. Bookmark the permalink.